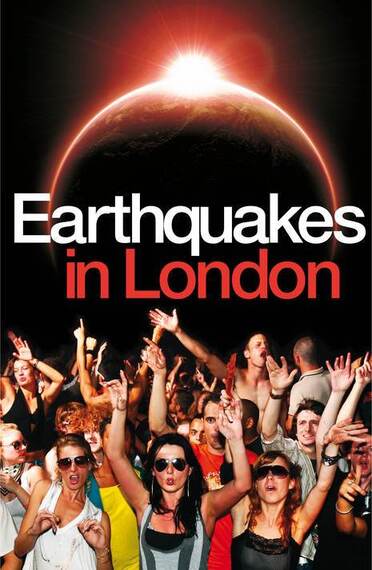 “The enemy is on its way, but it doesn't have guns and gas this time,
​it has wind and rain, storms and earthquakes.”

BTC is proud to announce its next production will be Earthquakes in London by Mike Bartlett, taking place at the David Evans Court Theatre in Tring, from Tuesday 23rd to Saturday 27th June.

Earthquakes in London follows three very different sisters; a passionate government minister, a troubled expectant mother, and a rebellious teenager.  Whilst navigating their own personal and political issues, they find their lives unavoidably influenced by apocalyptic climate change.

Sweeping from the 1960s to 2525, Mike Bartlett’s intimate yet surreal play collides decades, locations and ambitions as this dysfunctional family tries to give purpose to their lives.

​Ben Harris, Director of Earthquakes in London, expounds: “The BTC leadership team read a lot of plays trying to find just the right one for this year and in Earthquakes in London we have found it. The play offers a wealth of opportunities both on stage and behind the curtain. We are looking for upward of 17 people to play a range of parts, both male and female. There are some fantastic scenes, ranging from comedic Burlesque shows to emotional showdowns.” Harris concludes “the play is possibly the most ambitious production that BTC have staged since Avenue Q.”
Whether a BTC-stalwart or totally unfamiliar with the company, we would love to see you at either of our Introduction Workshops on Monday 3rd and Wednesday 5th February (7:45pm at Whelpley Hill Coronation Hall).  Our Production Team will familiarise you with the story and its characters, whilst confirming audition pieces and any other ways you can get involved.

Auditions are open to anyone over the age of 16, and will take place on Sunday 9th February.
Press Release for media use: